For some, Wilhelm Canaris, head of the German Abwehr, is an ambivalent figure. For me, however, he is a hero.

Those who are interested in history may know this. There are historical figures who, for some reason, are particularly close to you, with whom you are concerned for years and of whom you have read more than one biography. For me, Wilhelm Canaris, one such figure is.  In a certain way, he has accompanied me for almost 30 years.

It all started with a fictional movie from 1977 – whether it is a coincidence that I was born in that year, who knows? The Eagle Has Landed was the great novel by Jack Higgins, who wrote a whole series of thrillers, mostly featuring the IRA or at least an IRA dropout. In The Eagle Has Landed, that role is taken by Liam Devlin, played by Donald Sutherland, who is hired by the Germans to do nothing but kidnap Winston Churchill along with a unit of German paratroopers. It sounds absurd, and was invented by Higgins that way, of course, but it was inspired by the historical liberation of Mussolini by the SS. In the film, the Abwehr gets the order to kidnap Churchill, whereupon Canaris has a plan worked out, but never thinks of carrying it out. In the fictional story, Himmler then takes matters into his own hands and launches the enterprise over Canaris’ head.

This episode never took place, but it can be based on the real character of Wilhelm Canaris.

Canaris, the head of the Abwehr – the German intelligence service of the Wehrmacht, received countless amounts of strategical orders he either prevented through counter arguments or deferring them into plain nothing.

A life worthy of a film

Wilhelm Canaris, born in 1887, served first in the Imperial Navy and later in the Reichsmarine of the Weimar Republic. And even though most biographers focus on his time as Abwehr chief and central figure of the resistance against National Socialism, this period alone would be – so to speak – worthy of a film. And yet, only recently, in the form of a scientific dissertation, a book was published that deals exclusively with the period before 1934.

I will briefly outline those years here, and perhaps pass on some of the fascination I have for this man.

Canaris served as a young officer on the S.M.S. Dresden, which had to enter a Chilean port after a battle in World War I. Chile was a neutral country, and even though sympathies were strong for Germany among many South American countries at the time, and the Chilean army was even a reflection of the Prussian one, the crew was interned. The young Canaris, however, did not even think of waiting for the end of the war in Chile, he took off and after an adventurous escape through South America, he made it back to Germany. From there he began his first steps in the intelligence environment, he was sent to Spain. During his life, he developed a deep love for this country, which possibly even prevented Spain from entering the Second World War alongside Germany and Italy.

First shadows on the historical character

In Germany, he experienced the revolutionary turmoil again and there the first shadows also hit his career. His name is associated for many with the murder of Rosa Luxemburg and Karl Liebknecht by right-wing Freikorps, in which he was uninvolved but played a role in the trials of the murderers. The sentences were, to put it euphemistically, lenient. At a time when the law was not always the law, actual Miscarriages of justice were handed during that period.

Admiral Canaris as Korvettenkapitän during the Weimarer Republic

Canaris remained loyal to the Navy, serving on ships, commanding ships, eventually commanding a base. When the post of head of Abwehr was finally vacant in 1934, his past intelligence courier was remembered. Shortly thereafter, he was finally made an admiral as well.

The Abwehr in the Service of the German Resistance

There are historians who see the Abwehr as the stronghold of the resistance against Hitler, but this is probably only part of the truth. Of course, even under Canaris, the Abwehr worked for German interests in the pre-war years and until its dissolution and incorporation into the Reich Security Main Office. And it certainly inflicted one or two painful defeats on the Allies. Nevertheless, resistance fighters such as Helmuth James von Moltke or Dietrich Bonhoeffer were only able to work for so long because they were placed in the Abwehr and the admiral not only held his protective hand over them, but also made the intelligence network available to them for their work. In the end, he paid for his commitment with his life when he was murdered together with Bonhoeffer in the Flossenbürg concentration camp during the last days of the war.

At the same time, he had long succeeded in appearing as a “good” man in Hitler’s eyes, which also represents the certain ambivalence that the historical Canaris still represents for many today. His acquaintance, and for some years even friendship, with Reinhard Heydrich also contributed to this. He had met him before the war before Heydrich was kicked out of the navy. As head of the SD, the intelligence service of the SS, Heydrich was later his greatest adversary – both in the fight against the regime, but also in the competition between the secret services. Heydrich was not to live to see his victory, i.e., the dissolution of the Abwehr and its transfer to the RSHA. He had previously fallen victim to an assassination attempt in Prague. 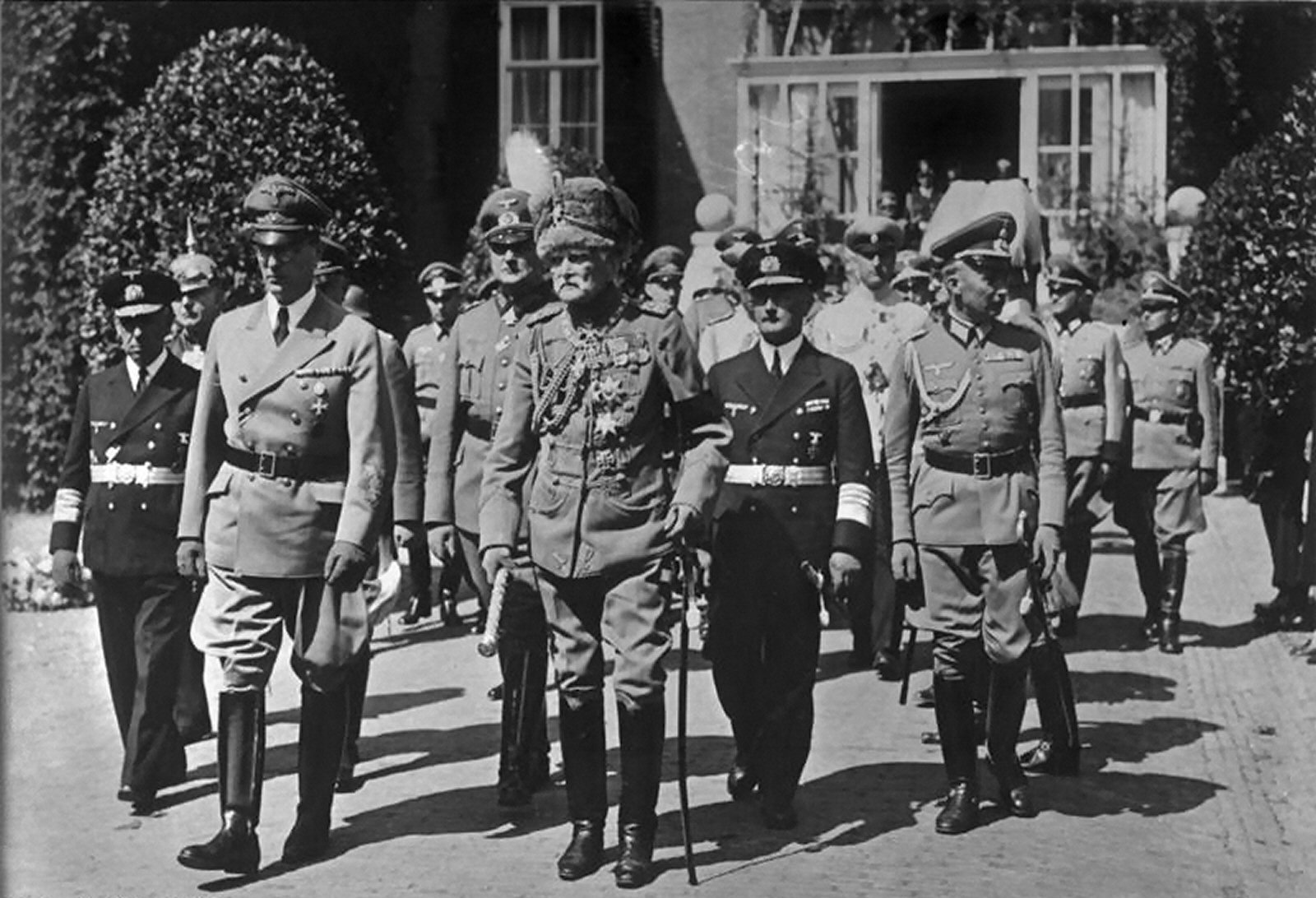 Today, by the way, the assessment of Wilhelm Canaris is also an excellent way to read the waves of German postwar historiography. In the first post-war years, Canaris’ sacrifice served as an example of a different Germany. He became an identification figure for the young Federal Republic, which wanted to show that there was another Germany even during the National Socialist reign of terror. In addition, he clearly belonged to a national conservative camp, which was of course another plus point during the Cold War, and the anti-communist mood. This era probably reached its peak in the 1954 feature film Canaris, in which German Actor O. E. Hasse, (who by the way had a restriking resemblance to the Admiral) played the title role.  In 1976, the wind had changed, and his biography was considered a standard work, because the historian Heinz Höhne had published a more critical picture of the admiral. However, not critical enough to destroy my personal admiration for the image of the admiral, after all, it was also this biography that was my first historical source on Canaris.

Of course, for me as an avowed conservative, Canaris also serves as an identification figure, because he was a representative of the conservative resistance.

Measured by today’s Zeitgeist – which, by the way, makes the mistake of measuring historical figures against today’s zeitgeist – he may not qualify as a sincere democrat.

In the old Kaiserreich, Canaris was still socialized and yet he represented a world view that was profoundly at odds with National Socialism. He possessed, so to speak, the ability to remain a human being at a time when most people either looked the other way or took part in the inhumanities – even if it was because they had been ordered to do so. As an officer, however, he already held a view of the world that every soldier and officer in the Bundeswehr (German Military) is taught today: there are orders that are not to be carried out, such is the true duty of a soldier. Canaris adhered to this and tried to help where he could. Not only by using the Abwehr as an instrument for German resistance in his position as one of the highest-ranking officers in the Wehrmacht – and, incidentally, the only notable representative of the Navy in those ranks – but also, in individual cases, by helping the persecuted people, whether Jews or political opposition figures, to escape or survive the Third Reich. And the reason he was able to do this was precisely because he held a crucial interface in the Wehrmacht as Abwehr chief until the very end. 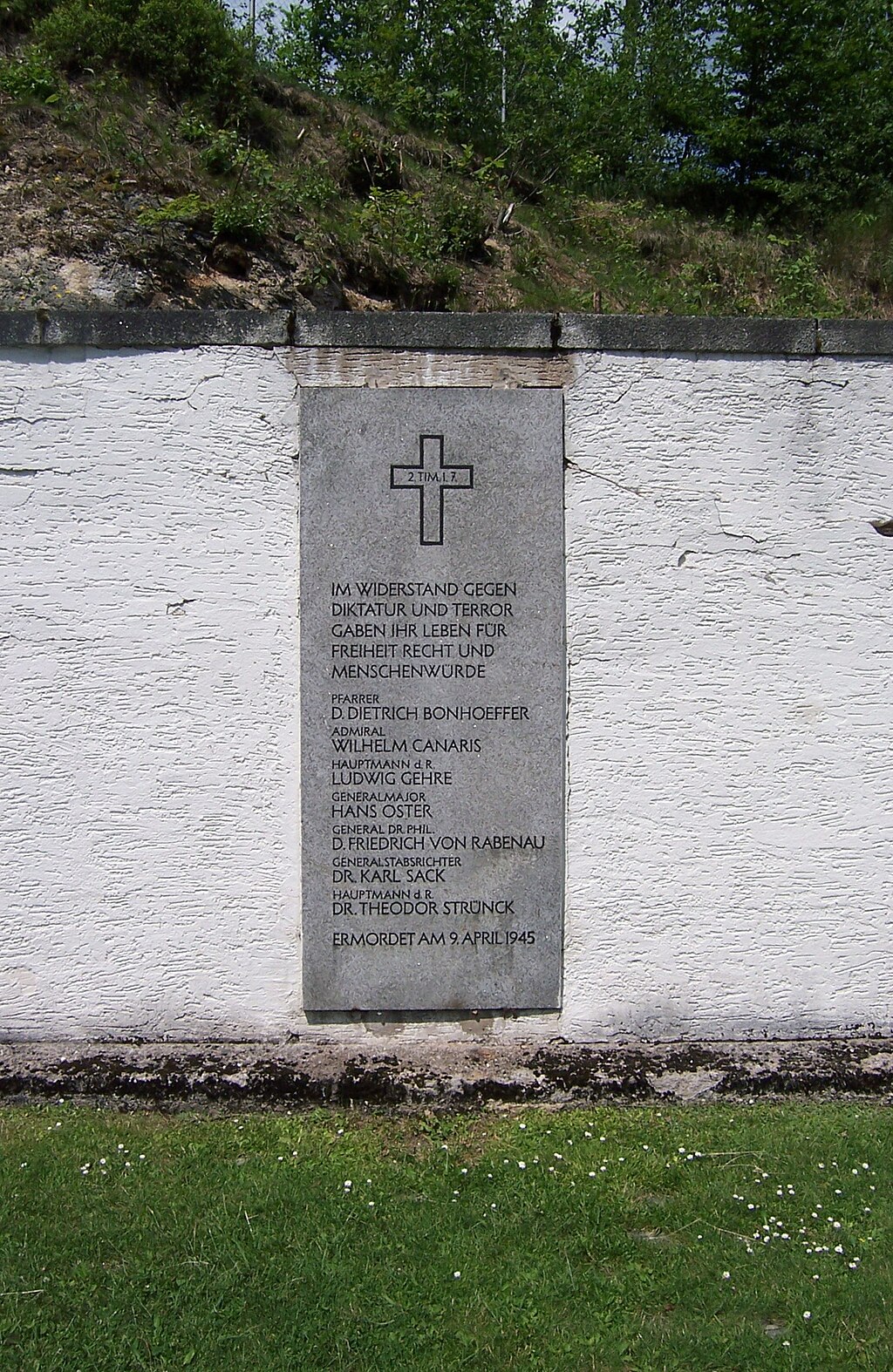 Some see this dual role as a trait typical of Canaris. Personally, however, I find it hard to imagine that in this role he really felt like an “old fox” who played a double game with Hitler. I do not think he found pleasure in playing the loyal admiral to the Nazis while secretly being active in the resistance. I believe that Wilhelm Canaris must have been in agony, simply because of the question in the minds of many of the Resistance members as to whether more could be done. For some, this dichotomy may be reason enough to blacken his work and memory. But the demand for a clear confession is – and this also concerns men like Claus Schenk von Stauffenberg or Henning von Tresckow, for example – a demand that can only be made by those who have the grace of late birth. For me, on the other hand, men like Wilhelm Canaris are for this reason even more something that every nation, nay, humanity itself, urgently needs – they are heroes.